Wait, So, What Are All The Roles In Video Production? 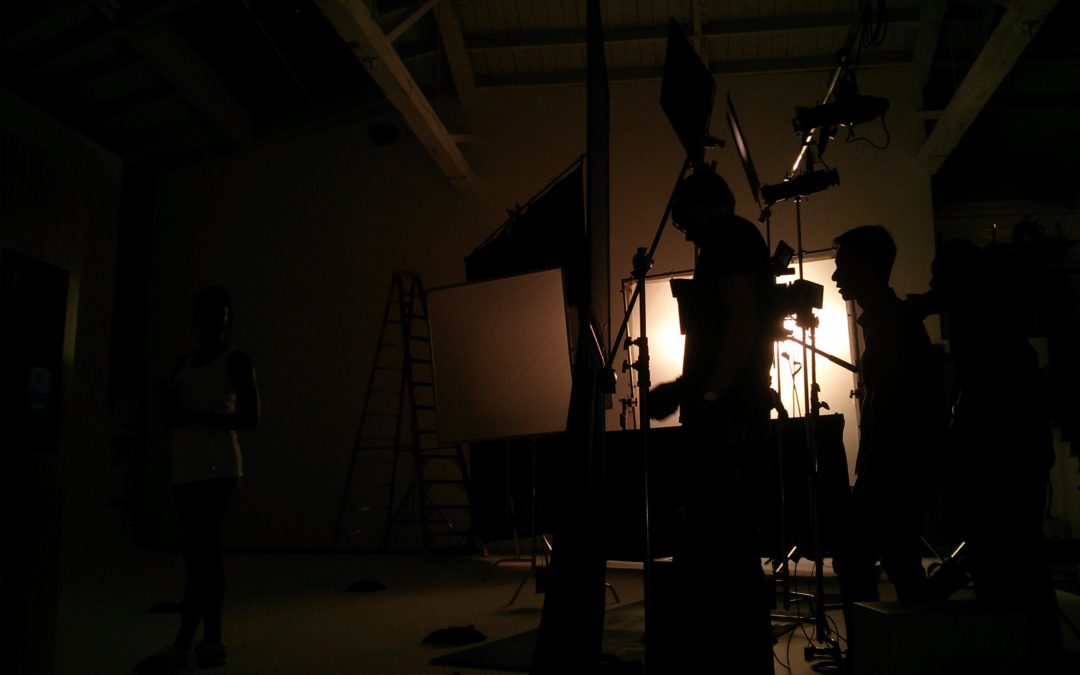 Most people who show up on set for the first time are wowed by the amount of people and equipment it takes to make a video. Of course, as with everything there’s a spectrum of how complicated the production is. On one side of the spectrum there’s the single vlogger or videographer with minimal equipment and on the other side, there’s a full blown hollywood crew that’s 100% union. Here at Polygon, we sit somewhere in the middle.

As a quick note, I want to first provide links to some reference posts on different roles in video production in case you were curious about the industry. This article, though, will be a focus on the roles that we tend to bring on as part of our production by order of importance from necessary to frequent to occasional.

Creative Director: A creative director is the creative lead who works with designers, copywriters, artists, marketing and sales teams to create an overall vision for the products being sold. They oversee creative processes and give direction and guidance to the people who work under them.

Associate Producer: Video Production is much like event planning in that the bulk of the work is in the preparation beforehand. If things aren’t properly planned, and moving pieces aren’t properly organized, the shoot day could be in shambles. Managing and organizing talent, locations, crew, ect. can be stressful and take up a lot of time, but the Associate Producer takes his or her time to properly double check that everything is in line and in order, and that the shoot day will be smooth. Not completely understanding the scope of a shoot can lead to critical needs not being met on the shoot day, or an overspending of the budget allocated on things not needed

Director: The director is responsible for overseeing the creative aspects of the commercial. They control the content and flow of the concept, select locations where the commercial will be shot, work with the cinematographer (DP) to manage technical details like the positioning of cameras, and use of lighting. They will also be involved during the editing process to manage things like music and soundtracks. Directors generally work under the commercial’s producer, and some directors, especially experienced ones, may take on the roles of the producer, blurring the distinction of both roles.

Director of Photography: The director of photography, or DP, commands the camera and lighting crews. The DP makes decisions on lighting and framing of the shots in conjunction with the director. Typically the director tells the DP how they want a particular shot to look, and the DP chooses the correct lens, filter, lighting and composition to achieve the desired effect.

Editor: The editor is responsible for assembling the various shots into a coherent video, working closely with the director.

1st Assistant Camera: The first assistant camera, 1st AC or focus puller, is responsible for keeping the camera in focus as it is shooting, as well as building the camera at the beginning of the day and taking it apart at the end.

2nd Assistant Camera: The second assistant camera, or 2nd AC, operates the slate at the beginning of each take, loads blank memory cards between takes, and runs the full cards to the DIT or Data Manager. They also keep notebooks on camera setups and ensures that the memory cards going back and forth are correctly numbered and formatted. Additionally, they oversee organization of camera equipment and transport of the equipment from one location to another.

Gaffer: The gaffer is head of the lighting department, works with the DP, and is responsible for the design and lighting plan for a production.

Grip: Grips are trained lighting and rigging technicians. Their responsibility is to work closely with the lighting departments to put in the non-electrical elements required for a shot, such as flags, overheads and bounce.

Sound Recordist: When people hear bad sound in a video, they immediately tune out. If there’s a message that the video is trying to communicate, you need good sound to convey it. A sound recordist will make sure the microphone is adjusted and that the levels are set perfectly. When recording, they will listen tentatively while tweaking the levels to make sure the sound is crisp and clear for the editor.

Occasional – These roles show up occasionally on projects or smaller aspects of the roles and filled by people on Polygon team with other roles.

Assistant Director:
On bigger shoots with many actors and multiple shoot days the assistant director will manage all the people, let everyone know what’s going on, get the right people to their positions. Keeping with the event planner analogy, the assistant director is basically an event planner — they cold their clipboard and make sure everything is running on time.

Production Designer: The production designer is responsible for creating the visual appearance of the commercial, through settings, costumes and makeup. They work closely with the director and DP to achieve the look of the commercial. They might also have people who work under them, generally the art department which consists of the people who design the sets and create the graphic art.

Hair and Make Up Artists: The hair and makeup artists answer to the director and production designer. They design and plan the makeup and hair designs for the cast.

Visual Effects: The visual effects or VFX team works to manipulate footage that has been captured. This may include: adding CGI elements, matte painting, working with green screen footage, 2D or 3D animations, even adding text.

Script Writer
It’s one thing to write something that has clear messaging and engages the reader, but to write something that is filmable and makes the same impact is different altogether. Without a solid understanding of the medium, most people end up writing something that is too wordy and does not translate well when spoken on-screen. Timing and pacing can also be hard to judge without experience, and in most cases, people write a script that’s far too long for the intended purpose of the video. A scriptwriter condenses the features and benefits of your product into a concise script and keeps the viewer excited to keep learning about your product.

While all these roles may seem overwhelming to someone new to video production, we will work with you to understand the scope of your project and see what roles are necessary in order to complete it. With commercial filmmaking there’s often a lot of overlap within the roles. For example, an editor might do some VFX, or the Gaffer might also do some Grip work. This is done so the entire process can be more efficient.

One might wonder then, why not have even fewer people do more of the roles? Wouldn’t that help my company save money and reduce the needed budget for the project? At Polygon, we hold the videos we create to a very high standard. While we probably could reduce the costs of your project, by hiring fewer personnel, cutting corners on production costs such as lighting and production design, spending less time generating ideas and writing the script, we’re in the business of creating quality content for your business.